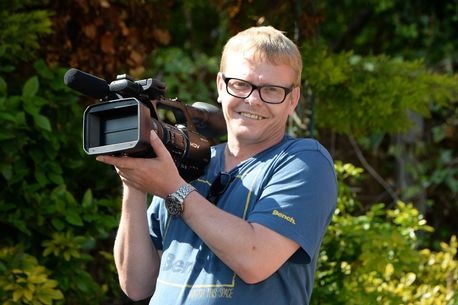 A former drug addict who injected £200 of crack and heroin a day at his lowest point is set to graduate from university with a first class degree.

Jason Turner, of Damson Wood, Solihull, was hooked on drugs for 22 years and turned to crime to feed his habit.

The 44-year-old was in and out of prison between 1995 and 2002 for a variety of offences including commercial burglary, shoplifting, vagrancy, possession of class A drugs and firearms offences.

But he completed a recovery programme promoting total abstinence from all drugs and alcohol and has now been clean of all mind-altering substances, including painkillers and alcohol, since 21st July 2008 – a date that is tattooed on his arm.

And the father-of-three, who is marrying partner Liz Holding later this month on the sixth anniversary of getting clean, learned last week that he will graduate from his Media and Communication degree at Birmingham City University with first class honours.

His final year project was a film to help support ex-offenders which was fronted by Benjamin Zephaniah.

Jason launched social enterprise company iSore Media in 2010 after feeling disappointed by the films he watched during rehabilitation and deciding he could do better – despite having no experience in the field.

Now iSore Media makes films for use in rehabilitative workshops, as well as providing training in all aspects of film-making for disadvantaged people, such as addicts and ex-offenders.

Jason, who is expecting a baby with Liz in January, said: “I couldn’t live with the life I’d been living for 20 years. I was sick and tired of being sick and tired. I wanted to die, to be honest, but never had the balls to kill myself.

“It was never plain sailing but I’ve always had the support of my family throughout everything.

“I am a different person now. If I hadn’t gone through what I did, I wouldn’t be able to do what I’m doing now. I regret the missed opportunities and the harm I did to people, but hopefully I can do some good now.”

“He has always been open about his past, and has used his experiences in a very positive way, to make powerful and moving films, both documentaries and dramas. Jason is an inspiring example of what people can do to turn their lives around, and education certainly helps in that transformation.”