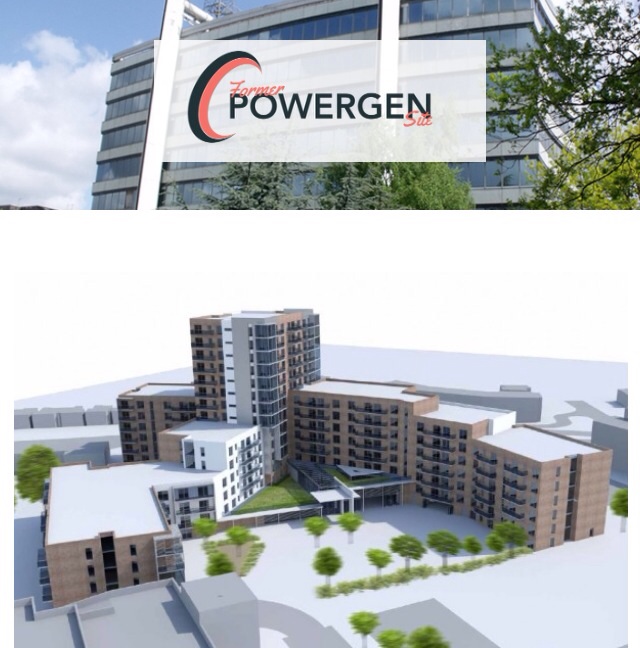 The ExtraCare Charitable Trust has announced proposals to develop a retirement village for older people in Shirley as part of the new redevelopment proposals on the former Powergen site at the junction of Haslucks Green Road and Stratford Road.

The overall scheme for this important 10 acre site is now being promoted by Shirley Advance – the ongoing joint venture between Helical and Coltham, which has already delivered the £85m mixed-use Parkgate scheme in Shirley town centre.

Subject to final legal agreements and planning approval, the ExtraCare Village in Shirley will provide 260 apartments for more than 300 local people aged 55 (and over) on and affordable rent, shared ownership or outright purchase basis.

Construction could begin as early as 2016 with completion in 2018 and, during its development, the Village will provide more than 200 construction jobs. Once open, at least 30 permanent staff will be recruited, locally where possible, to provide care, hospitality, housekeeping and activity services for residents.

The Village Centre will provide a total of 18 health and leisure facilities including a shop, bistro and bar, IT suite, craft room, fitness suite, greenhouse and gardens and will be open to residents as well as their friends and families and older people from the Shirley community. The Village will be designed to support independence and improved social opportunities for older people in the community.

Village residents will be able to receive help with their care with additional access to an award-winning well-being service that will provide advice on preventing common health conditions and activities that promote better health in later years. Specialist staff may also support residents with dementia through a range of tailored activities.

“It’s early days but, as the UK’s leading charity in the provision of affordable retirement villages, we are delighted to have the opportunity to develop a pioneering facility for older people in Shirley.

“From our experience in Birmingham and at other existing ExtraCare facilities, we know that there is a huge demand amongst older people for our Villages which offer an affordable and inspirational alternative to the traditional care home in later years.

“Older people might be concerned about their future security and care needs, but they also want to look forward to the same social and active opportunities and to lead an independent lifestyle that they enjoy in their current home.

“We believe that our proposed ExtraCare Village in Shirley will provide these opportunities and at a cost that is affordable for many local people.”