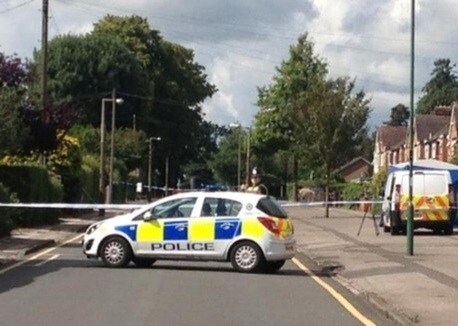 An investigation has been launched by the Independent Police Complaints Commission (IPCC) following a double stabbing in Solihull last week.

Pin Chang aged 58 and his wife Quoi Chang aged 50 died from stab wounds at their home on Hermitage Road early in the morning of Monday 7th July.

Their son was found seriously injured. He remains in a critical but stable condition.

West Midlands Police previously stated its officers were called to the address ‘just after 5.00am’, while West Midlands Ambulance Service confirmed its attendance at the scene at just after 5.20am.

But it’s now been confirmed that both police and ambulance crews were at the couple’s property less than an hour before they were found dead.

An ambulance crew were first called to the property by a resident of the address at 3.39am on the Monday.

The medics alerted West Midlands Police and two of its officers arrived at 3.56am.

The officers left at 4.48am ‘‘after liaison’’ with the ambulance team which then left the property at 5.06am.

A 999 call was received just 11 minutes later at 5.17am. It was during that visit Mr and Mrs Chang were found stabbed.

A 23-year-old man remains under police guard in hospital in connection with the deaths.

“The IPCC received a referral from West Midlands Police on 7th July relating to the deaths of Pin and Quoi Chang earlier that day. The referral was on a mandatory basis due to prior police contact. The IPCC received further information from West Midlands Police relating to the incident on 11th July and we are currently assessing the level, if any, of IPCC involvement.”