Just one hundred days to ‘save Solihull Police Station’ 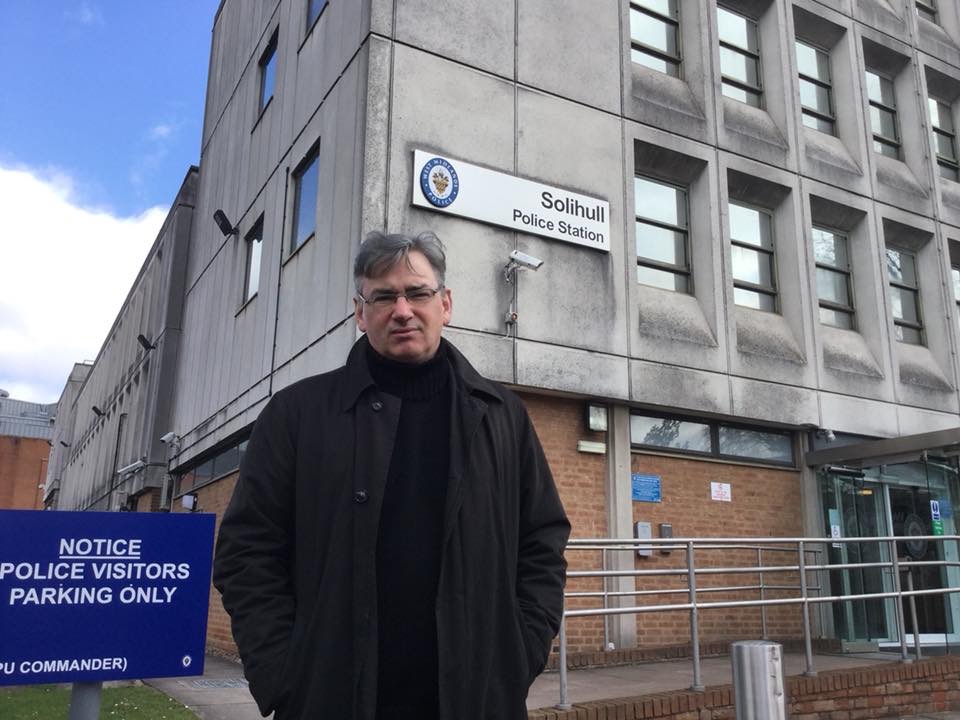 Julian Knight MP has said he will not stop his campaign to protect Solihull Police Station, after campaigners announced that there were just a hundred days left to save it.

Jay Singh-Sohal, the Conservative candidate for PCC, has repeatedly promised to scrap the plans if elected in May, instead using extra funds made available by the Government to deploy more resources to Solihull and make better use of the existing station.

Speaking after the announcement, Julian Knight said: “Solihull is a thriving, growing town, and it is absurd that if the Commissioner gets his way we will soon be without a dedicated police presence. We need proper, on-the-ground community policing, not the odd visit from a Birmingham-based ‘flying squad’.

“Not only does this decision fly in the face of local concerns, it comes even has Labour’s Commissioner has tried to squeeze more tax out of Solihull – apparently either to top up his substantial cash reserves or invest elsewhere in the West Midlands.

“I am delighted that Jay Singh-Sohal, the Conservative candidate to replace the Commissioner in May’s elections, has promised to reverse this decision, and he will have my full support in the months ahead.”

Jay Singh-Sohal, Conservative PCC candidate for the Wes tMidlands, added: “Labour has shown nothing but disregard for Solihull, failing to listen to the concerns local people have about rising crime while trying to increase the tax precept amount our residents pay. The current police station plays an important role in the community across the whole of Solihull borough.

“With 100 days left to save our police station, I repeat my firm commitment to keeping it open and deploying at the site the new officers and resources the Conservatives have invested in, if elected in May 2020.”

West Midlands Police and Crime Commissioner David Jamieson said: “Since 2010 government cuts of £175 million mean that we have lost over 2,100 officers from the regions streets. We have had to make difficult decisions and one of them has been on estates. West Midlands Police’s plans will save £5 million a year, helping us to protect officer numbers.

“Whilst there is a need to downsize from the current site to save money, to stop us losing any more officers, there is a firm commitment to a police station in Solihull, with a front desk and space for officers. To say otherwise is simply wrong and scaremongering.

“As a Solihull resident I know the importance of a local police station in the borough, that is why I am ensuring one is maintained as part of the force’s plans. The police have been working with the council on this for some time.”