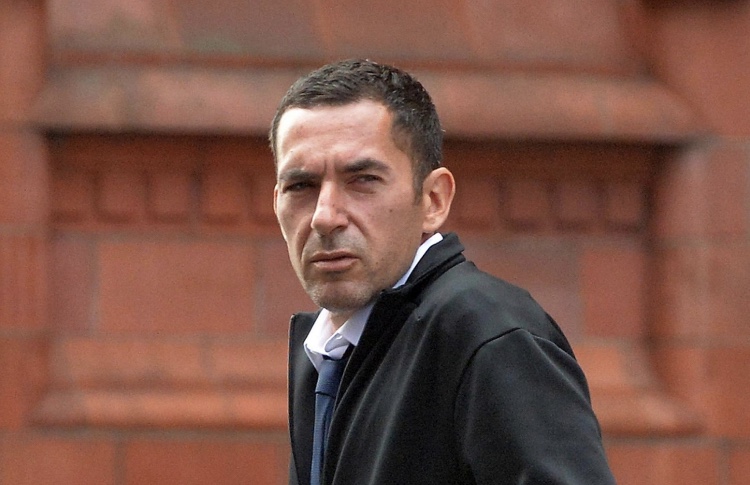 A man with a foot sex fetish was caught filming girls as young as eight in the Aldi store on Stratford Road in Shirley.

He escaped jail after pleading guilty to two counts of outraging public decency and was hit with a three-year community order – the highest non-prison sentence magistrates could impose.

Birmingham Magistrates’ Court heard Stephan, of High Street, Aldridge, filmed the legs and feet of young girls “for his own sexual gratification”.

He was first spotted acting suspiciously in Shirley’s Aldi store on April 19 this year.

Magistrates were told staff initially suspected him of being a shoplifter.

A PCSO was asked to watch him before staff spotted Stephan on CCTV “filming a child of around 12 years of age from the waist down”.

The court heard the incident was reported to police but Stephan was not detained at the time.

At around 3.30pm on May 5, a security guard at the Boots store in Solihull’s Mell Square saw Stephan bending down near two girls aged around eight and 11, filming them from the waist down on his phone.

“The guard said he felt shocked and outraged as he has nieces of a similar age.

“He said he felt sickened by Mr Stephan’s behaviour.”

Magistrates were told the guard challenged Stephan, who told him he was doing “nothing wrong” and he planned to “delete the video anyway”.

He walked out of the store but was detained and arrested by police called by Boots staff.

Mr Devine said Stephan admitted to both offences at police interview. He also admitted his motives.

“He did it for his own sexual gratification. He told police he had a sexual fetish for feet and that he finds it hard to control his sexual needs.”

Following the Boots incident, police carried out a search of Stephan’s property and found a small quantity of cannabis in a plastic box.

He also pleaded guilty to a charge of possession of the drug.

Stephan, who declined legal representation in court, told magistrates on Tuesday: “I apologise sincerely. I am having counselling and just trying to change my life around.

“I went bankrupt. That’s not an excuse but I was in a rut. In a way, this thing that happened to me, it stopped me going out there again.”

Appearing on Wednesday (29th August) for sentencing he told magistrates he was seeing a psychiatrist and working ten hours a day.

“It is horrendous what I did. I have never done anything like this before. I got myself into a horrendous rut.

“I have no excuse. There is no excuse for what I have done.”

He had no previous convictions and the court heard he was of previous good character.

Stephan said he did not have a solicitor because he did not want “someone to make out I have done nothing wrong”.

But he challenged part of a pre-sentence report presented to the court.

“The report says I am going to be a threat to society but I am not a threat to anyone. I have already promised many people this is not going to happen again.”

He must complete a 60-day rehabilitation order, a 60-day programme to target sexual offending and 100 hours unpaid work.

He was ordered to pay court costs of £185 and an £85 victim surcharge.