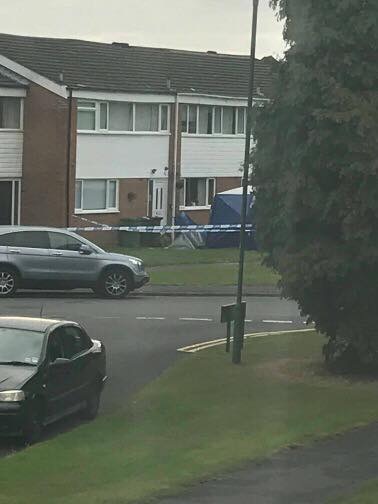 Detectives have launched a double murder investigation after a mother and daughter were stabbed to death in a Solihull street this morning (Monday 27th August).

Police were called to Northdown Road (B91) at just after 12.30am and discovered the women, aged 22 and 49, with serious stab wounds.

Despite the best efforts of emergency services they were tragically confirmed dead at the scene.

Police have identified a suspect, who is known to the victims, and are making urgent attempts to arrest him.

The area has been cordoned off while examinations are carried out and CCTV is being examined.

Officers are also carrying out house to house enquiries and there will be a visible presence in the area over the coming days to provide community reassurance.

Det Insp Caroline Corfield, from the force’s homicide team, said: “What has happened this morning is truly devastating and heart-breaking. Our thoughts go out to the two victim’s family and friends at this traumatic time.

“Tragically there was nothing which could be done to save them and we are working to establish the circumstances behind what happened.

“We are still in the very early stages of our investigation but we believe the offender is known to the victims.

“We are appealing to him come forward as a matter of urgency.”