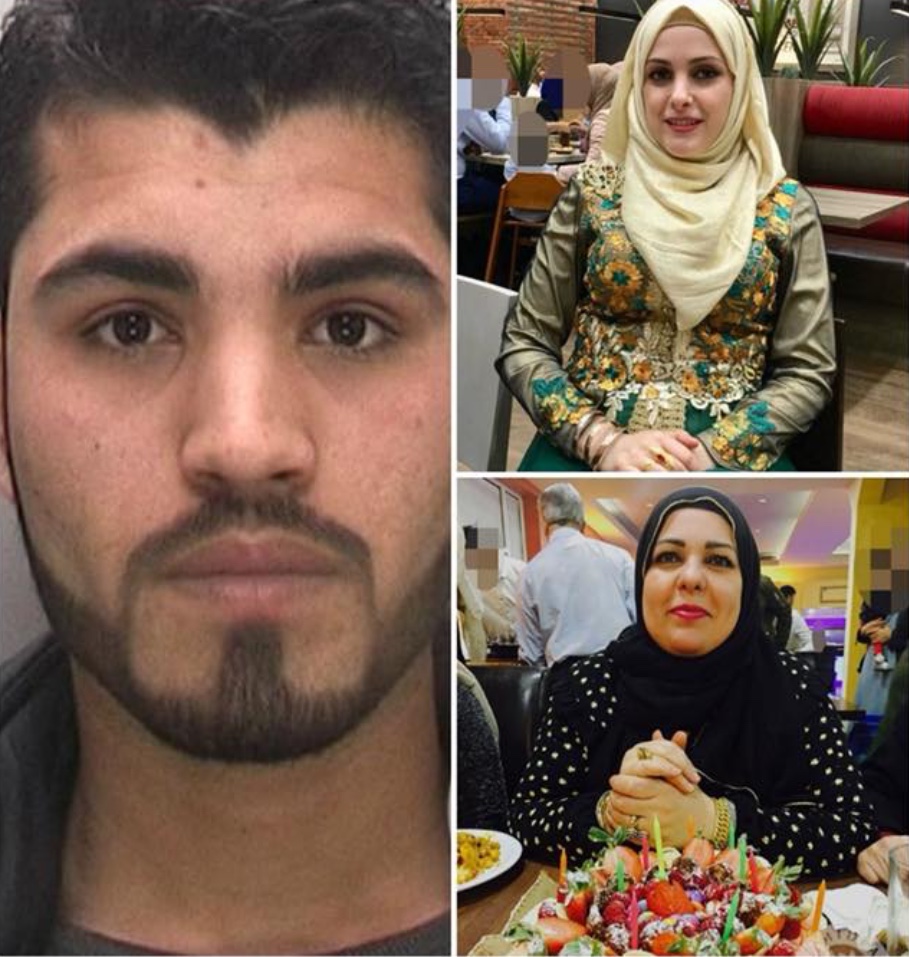 This is the man police are searching for following the double murder of a mother and daughter in Solihull.

Janbaz Tarin, 21, is being sought over the killings of his former partner, Raneem Oudeh, and her mother, Khaola Saleem.

Officers from across the force have been following a number of lines of enquiry to trace Tarin, but he has not yet been arrested.

Police were called to Northdown Road at just after 12.30am and discovered the women, aged 22 and 49 with serious stab wounds.

Despite the best efforts of emergency services they were tragically confirmed dead at the scene, which is outside Khaola’s house.

In a statement, the women’s family said: “Our family is devastated with the loss of our loved ones.

“We would like to give thanks for all the love and support we have received.  We kindly request that our privacy is respected at this difficult time.”

Det Insp Caroline Corfield, leading the investigation, said: “We’ve been working flat out to apprehend Tarin since the early hours of this morning, following up a number of lines of enquiry.

“As we have so far not been able to locate Tarin, I’m now asking for the public’s help in tracing him

“If anyone knows where he is or thinks they may have seen him, I’d urge them to ring 999 immediately.

“If there’s anyone out there who may be shielding him through a sense of misguided loyalty, they need to be aware that they are committing an offence and will be prosecuted.

“My message to Tarin would be that it’s vitally important that we get to speak to you as soon as possible, so please do the right thing and let us know where you are.”

Ch Supt Bas Javid, Solihull policing commander, said: “Tragedies like this are incredibly rare, but that does not do anything to diminish the awful nature of what has happened in Solihull today.

“I’m sure the thoughts of everyone in the borough and beyond will be with the family and friends of Raneem and Khaola.

“We’ll support them through the difficult times ahead, and will continue to work with the community to provide reassurance and support wherever it’s needed.”

Anyone who sees Tarin has been asked not to approach him but to ring 999 immediately.