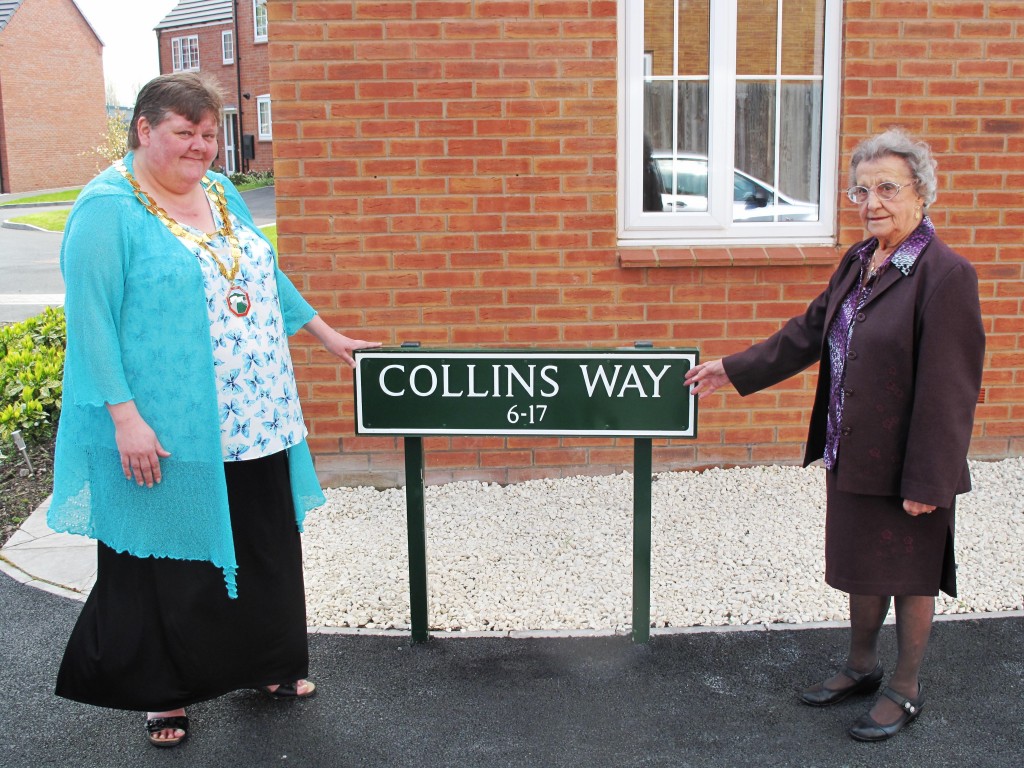 A former Mayor of Solihull has been immortalised in the North of the borough with a new road being named in his honour.

Collins Way is part of a small development in the Fordbridge area of Solihull which has been recently completed by Bellway Homes.

For over 50 years Eric Collins served the West Midlands after starting his political career in 1947.

He served three and a half years in the Fleet Air Arm during World War 2, something that prepared him for his future battles in the Council Chambers. He was elected to Birmingham City Council in 1963 as a representative of Ladywood Constituency and during his time there he held every possible office on local committees.

In 1969 that Eric began his long association with Solihull as he became one of the founding members of the Chelmsley Wood Labour Party. In 1974 he became leader of the Solihull Labour Group before being elected to Meriden District Council in 1976.

He was the first Labour Party Mayor of the Metropolitan Borough of Solihull in 1979/80 following the local government reshuffle which took place in 1974 and saw Chelmsley Wood incorporated into the boundaries of Solihull. He was also twice a member of Fordbridge Town Council, including a second spell between 1999 and 2012.

In September 2012 Eric finally stepped down from Local Government after he had received the Long and Loyal Service award for 50 years of service from Fordbridge Town Council.

Sadly he passed away in January 2013.

Eric’s widow, Winnie, was present at the naming of the road and said: “I am proud to think of a road being named Collins Way and I’m certain Eric would have been very honoured too.”

Catherine Mclaughlin, Chairman of Fordbridge Town Council, added: “It is a real pleasure to be able to commemorate Eric like this; he was an inspirational man who contributed greatly to this area.

“When Solihull Council asked us if we had any suggestions for a new road name we jumped at the chance to put Eric’s name forward.”