Row over cost of bringing ambulances back to Solihull 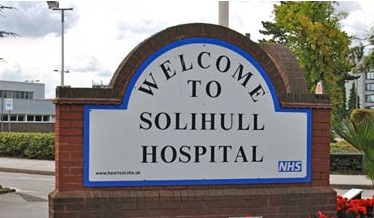 Paramedic bosses have bowed to pressure and agreed to return an ambulance base to Solihull – though there is a row brewing over the cost.

Solihull’s ambulance station closed last September and ambulances were moved to a new site in Erdington.

But now West Midlands Ambulance Service has agreed to create a new base at Solihull Hospital amid fears the move away had caused delays in 999 response times.

In one incident, on 10th October last year, an 83-year-old woman waited almost an hour and 20 minutes for a paramedic after hurting herself in a fall outside Berkswell Station. Figures showed average response times for immediately life-threatening calls and for conveyancing ambulances had both slightly increased in the last 12 months, although they were still well within government targets.

A meeting of watchdog body Healthwatch Solihull heard a location at Solihull Hospital had been identifed – but a dispute remained over the costs involved.

Ambulance service area manager Dean Jenkins said: “We approached Solihull Hospital, who welcomed us, and we identified a building for us to use.

“But the costs quoted by the hospital were rather excessive.”

Healthwatch Solihull chief executive Sam Mills said: “Last meeting, everybody said they wanted an ambulance base in Solihull. The Trust has relented and agreed to have one but then it has been delay after delay. Solihull Hospital is setting the cost extortionately high.

“It is cashing in when it should be about what’s best for people.”

Mr Jenkins appealed to the Heart of England NHS Foundation Trust, which runs Solihull Hospital, to reassess the cost and said he was “confident” the site would be secured.

A hospital spokeswoman said: “We work closely with our healthcare partners and ambulance colleagues to provide a safe and positive experience for patients that use the Trust’s services.

“No decision has been confirmed and discussions are ongoing on the option of provision of an ambulance hub at Solihull Hospital.”