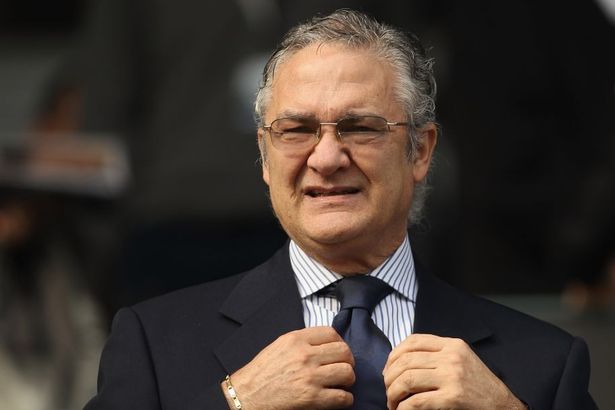 The millionaire Italian said he remained open to doing a deal with Carson Yeung, who was convicted of five £57 million money laundering charges in Hong Kong.

Paladini earlier fought a war of words with acting St Andrew’s chairman Peter Pannu over his bid to do a deal but this week he told of his sympathy for Yeung – despite claiming he had been “humiliated” by the Blues owner’s regime.

“I feel sorry for Yeung that he’s been found guilty,” Paladini said. “All those allegations I’ve tried to ignore.”

Paladini said he spent a year trying to buy Blues but was eventually left “humiliated and offended”.

He said: “It’s very difficult to do anything, maybe they don’t want to sell. If they want to sell they know my address. They know my number and how to contact me, I can’t do anymore. If they call me, then yes, I can’t see why not.”

Paladini settled in Solihull after moving to the UK from Naples when he was 23. He worked in the restaurant and nightclub industry before branching out and becoming a football agent – and he was later chairman of Queens Park Rangers.

Paladini said last year: “I am a Birmingham boy. I have lived here all my life. My family are all here in Solihull. I got married here, my kids are here, my grandkids. A tremendous job was done at QPR when nobody would touch them and Birmingham has ten times the potential of QPR. I want to finish here. My career, my life – whatever. I started here at 23 years of age, it would be fantastic to finish here and in style.”