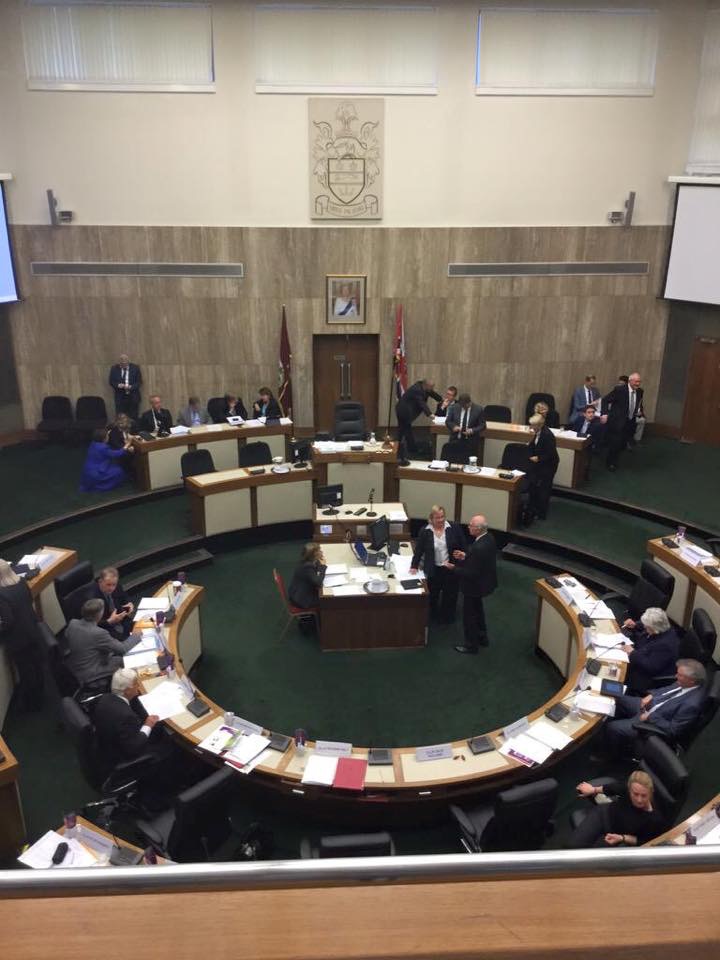 Solihull Council approved a recommendation to becoming a constituent member of a West Midlands Combined Authority at last night’s meeting of the full council held on 13th October 2015.

Commenting on the decision, Councillor Bob Sleigh, Leader of Solihull Council said:
“Since I began talking to partners across the West Midlands in November 2014, I have been consistent in requiring evidence of the benefits to Solihull Borough from being involved in a combined authority and am confident that the case now stacks up.

“I have also been assiduous in seeking a series of mandates from my Council to take this proposal forward towards Council making this final decision.

“At last night’s debate it was clear members had considered the proposal in great detail and Council’s approval to be part of a West Midlands Combined Authority (WMCA). I look forward to the other five authorities joining Solihull and Coventry as constituent members, alongside our three local enterprise partnerships and district councils.

“Now we have decided to be part of the WMCA, I promise to continue to represent Solihull’s best interests, whilst also recognising this is a once in a lifetime opportunity for the West Midlands to speak as one voice to government and the wider world.

“The negotiations with government will continue around a potential devolution deal and when these have been concluded to our satisfaction, all partners will be able discuss it, in detail, and in public.

“I can reassure residents, businesses and all those I have engaged during the combined authority process that I will once again seek Council’s consent and support before making a decision on any devolution deal.

“The WMCA will create a clear regional voice to insist that the decisions that affect the region should be made here, in the region; not in Whitehall.

“The WMCA’s priorities revolve around improving skills, connectivity and economic growth. They chime exactly with our vision in Solihull for achieving sustainable economic development within the borough and offer us our ‘economic plus’ dividend.

“Once the WMCA is approved by all partners and the government, it will then be incumbent upon us politicians to deliver on our ambitions, for the benefit of all our residents, communities and businesses; to re-establish the region as the Midlands Engine of the British economy.”