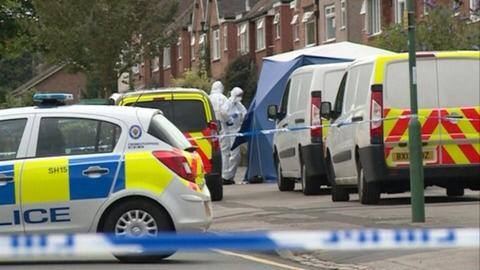 A man arrested on suspicion of the double murder of a Solihull couple has today (23rd July) been sectioned under the Mental Health Act.

The 23-year-old was arrested on 7th July after emergency se…rvices were called to the family’s home, on Hermitage Road, where the bodies of a couple, in their 50s, were discovered.

The man and woman were subsequently identified as Pin Chang aged 58 and his wife Quoi Chang aged 50.

Both died as a result of stab injuries. A 23-year-old suspect was also taken to hospital with serious injuries and remained under police guard in hospital in connection with the deaths.

The man has this morning been discharged from hospital following treatment and will now be moved to a secure facility after an assessment by mental health professionals where psychiatrists will re-assess his condition in the coming days.

Detective Inspector Martin Slevin is leading the double murder inquiry. “The arrested man remains in a secure facility but has been deemed unfit for questioning at this time.

“We continue to investigate the circumstances around these tragic deaths, however we are not looking for anyone else in connection with the murders.”
The couple’s family continue to be supported by specialist family liaison officers at this time.

Anyone with information to assist the police investigation should call Force CID Homicide Team on 101 – or speak to Crimestoppers anonymously on 0800 555 111.