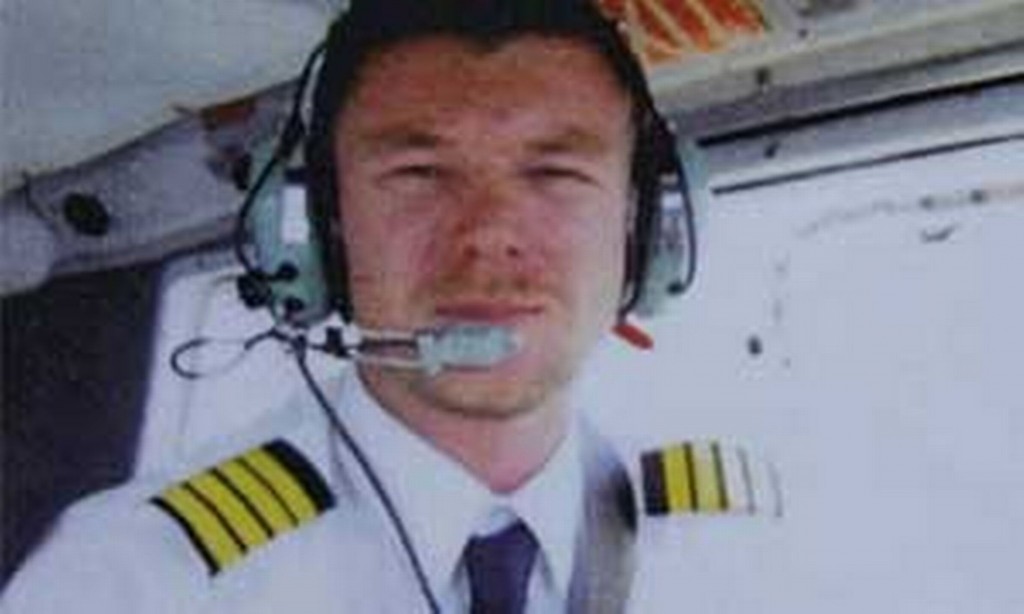 A Solihull pilot had voiced concerns over flying overweight planes days before he died when his aircraft ditched in the Caribbean ocean.

Robert Mansell, 32, managed to safely land his twin-engined aircraft near land after sending out a mayday message when an engine failed.

His expert flying enabled his nine Dutch passengers to escape the aircraft and they were picked up by rescue boats, off the island of Curacao.

Tragically Robert, from Knowle, died after being knocked out when the aircraft hit the ocean on 22nd October in 2009.

Passengers tried to save him but his safety harness was damaged and they couldn’t release him from the cockpit. The plane sank 600ft to the bottom of the ocean minutes after hitting the water.

An inquest into the death was held at Birmingham Coroner’s Court yesterday (Monday 22nd September). A postmortem revealed Robert died from drowning after suffering a head injury.

The inquest revealed that the pilot had expressed concerns about the overloading of the British made Britten-Norman plane to his bosses at Divi Divi Air on a number of occasions. He had also spoken to his father Roger about safety fears in the days before his death.

At the inquest Air Accident Investigator Timothy Atkinson said the maximum weight limit for the plane was 6,250lbs but the crashed plane had weighed in at 7,211lbs – 961lbs overweight.

An investigation revealed the company was regularly sending planes into the skies dangerously overweight, he claimed. Passengers were also not weighed but an average weight taken for each person getting on the plane. Mr Atkinson said an aeroplane can cope with being overweight with two working engines but not when one fails.

The Dutch Safety Board carried out its own investigation and made recommendations to the Curacao Aviation Authority to address the issues of flying overweight aircraft and to tighten controls.

Mr Atkinson told the inquest: “The overloading of the planes was a systemic habit with the airline.”

The inquest revealed the plane’s right engine cut out shortly after taking off from Hato airport to Flamingo, some 40 miles away from the crash scene.

Mr Atkinson said Mr Mansell could have turned around and headed back to Hato Airport but made the decision to carry on to Flamingo after alerting air traffic control to the situation.

But only seconds away from land he was forced to ditch his plane into the sea. The force of impact smashed his cabin windscreen and water started pouring into the cabin.

He was knocked out and despite the efforts of fellow passengers they weren’t able to free him and he sank to the bottom of the ocean with the plane.

The jury recorded a narrative verdict which said the “aircraft was significantly overweight.”

Robert was a former pupil at Arden School and Solihull Sixth Form College and had studied aeronautical engineering at Bristol University before obtaining his pilot licence in 2006. He became a captain shortly after.

He had moved to the Solomon Islands in 2007 where he worked as a pilot before moving to the Netherlands Antilles in 2008. He had a Dutch girlfriend called Myrte.

Speaking after the inquest Robert’s father Roger, a retired civil aviation engineer, paid tribute to his son which he labelled a “hero.”

The 77-year-old said: “Robert had spoken to me about his concerns with regards to the plane regularly being overloaded on several occasions and had made his concerns known to his employers. Nothing was ever done to address the issue.”

He said his son was renowned for his “infectious” character and courage, doing bungee jumps and cage diving with sharks on his travels.

The dad said: “I am so proud of him in every way. He was a wonderful son who lived live to the full. He loved his motorcycles and his cars and was a tremendous guitarist and singer. He was a man of many talents.

“As a pilot myself I know the difficulty of landing these planes in the situation he found himself in. If he wasn’t a good pilot, he couldn’t have ditched it so everyone could be saved. Other pilots wouldn’t have known what to do – but he landed the aircraft so that everyone could get out safely. If he hadn’t ditched the aircraft properly it could have sommersaulted over and would have most likely killed everyone on board.

His words were echoed by Dutch passenger Erik Hagedoorn who wrote a letter to Roger’s father two months after his death – saying thanks to his hero son.

The letter said: “Robert, I want you to know that I am grateful and very proud that you were our pilot. I know for sure that you gave us all a chance to escape. Robert, each day after the accident on 22nd of October I think of you. I think of you as a pilot, I think of Myrte and the life you both planned, I think of your family and friends.

“I think also how blessed I am that I can still hug and kiss my wife Inez and daughters Anouk, Kim, Sacha and Milou.”

Mr Mansell said there plans were being made for Mr Hagedoorn to visit him before Christmas for a special memorial ceremony.