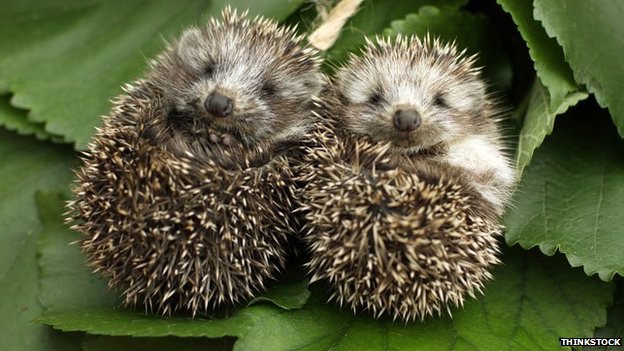 A huge hedgehog conservation zone is to be set up in a Solihull park – aimed at boosting their chances to forage and meet mates.

A 220-acre reserve will be created around Elmdon Park by the Warwickshire Wildlife Trust – thought to be the first of its kind in the UK.

The trust said animals are under threat nationally because of a loss of hedgerows and habitats.

Hedgehog numbers are to be closely monitored in the area – while hedgehog-friendly routes will be created.

Simon Thompson, in charge of the project for Warwickshire Wildlife Trust, said small holes would be used to link up green spaces, while local residents would be encouraged to make holes in their garden fences to allow hedgehogs to move freely.

“Making these connections between our own fenced-in islands of green spaces creates a continuous habitat corridor through which hedgehogs can forage, seek shelter and even rendezvous with potential mates,” he said.

Research by Oxford University four years ago found Britain’s hedgehog population had dropped from about 30m in the 1950s to just 1.5m.

The conservation area will be managed by a team of volunteers and includes the wildlife trust’s Elmdon Manor nature reserve and Solihull Council’s Elmdon Park.

The wildlife trust said it hoped to create a central “sanctuary” to allow hedgehogs to recolonise the surrounding area.

The project has been funded by the British Hedgehog Preservation Society.