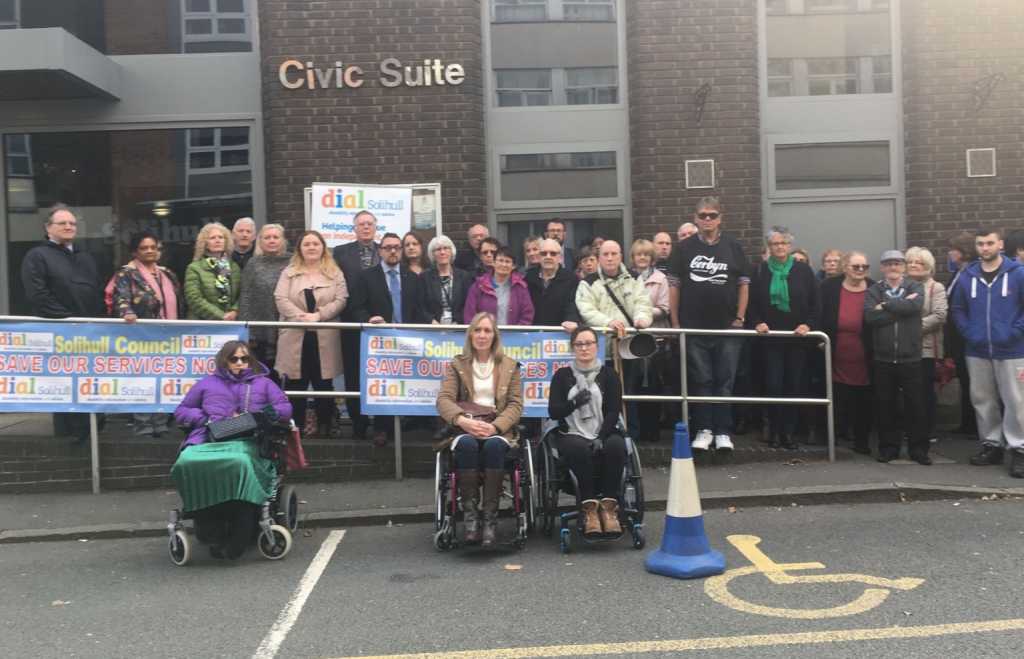 A Solihull charity which has supported disabled residents for decades has announced it is closing its doors, months after losing a key council contract.

DIAL Solihull, which is based in Kingshurst, said that the changes – which had cut off its main source of income – had left it unable to continue.

Last December, the council announced a new structure for a range of support services, with DIAL among the providers which lost out in the re-tendering process.

At the time there were warnings that the “well-loved” organisation – founded in 1987 – could struggle to survive going forward. It had received more than £100,000 from the local authority last year.

When the changes took effect in April, the charity was reduced to a “skeleton staff” of just three people and, with efforts to secure alternative funding having failed, it will shut for good within weeks.

Chief executive Alice Singleton said that the decision was incredibly sad and feared that disabled people and their families, thousands of whom have received DIAL support, would have “terrible, terrible trouble”.

“It’s absolutely heart-breaking. We have been here for over 30 years, providing information and advice and support for people and the last six months have shown [the high standard] of the service we offered … The results we achieved were outstanding.

“The local authority will not realise the benefits of us until we are gone, we continued to be a ‘safety net’ between April and present.”

She also warned that the disability sector had been “decimated” in Solihull in recent years and argued that disabled people were “disproportionately affected” by these cutbacks.

The council’s re-tendering process had previously been criticised by both opposition councillors and DIAL clients, more than a hundred of whom had packed into a public meeting in Kingshurst in March.

In the following months, supporters had held a protest on the steps of the council’s Civic Suite and two clients, Peter Fanning and Kelly Donald, made passionate speeches to members about the help they had received.

The council has repeatedly insisted that the changes were designed to avoid duplication and residents could still receive support via its community advice hubs in Solihull town centre and Chelmsley Wood.

Although DIAL has argued many were unhappy with the new arrangements.

While the charity’s official closure is later this month, the remaining few weeks will be given over to admin work, with no new clients being taken on.

In its official statement, DIAL said it was “no longer sustainable”, prompting the decision to wind up. It also reiterated its criticism of the new set-up.

A spokesman said: “The board of trustees do not believe that the Community Advice Hub is meeting the needs of disabled people in Solihull and that they are disappointed that the concerns of a considerable number of DIAL Solihull’s previous clients are not being adequately addressed.

“The trustees firmly believe that this is a short sighted approach and will be detrimental to the well being of disabled people in Solihull.”

Cllr Karen Grinsell, deputy leader and cabinet member for adult social care and health, insisted the council remained committed to providing support to people “when they most need it”.

“Our Community Advice Hubs have skilled advisors who direct people to high quality services provided by our Solihull First providers.

“Those with complex needs are being well supported. I totally refute any suggestion that we are not providing a service to disabled people.

“I am confident that when residents, particularly disabled people and our most vulnerable, contact the Community Advice Hubs they receive the advice and support they need.

“I have met with clients who have had complaints about the new service and I recognise that a change from a familiar provider can cause people to feel concerned and need to gain confidence in the new service.

“It is sad that one of our voluntary organisations has decided to stop operating, and we appreciate the contribution DIAL have made to community life over the years.”