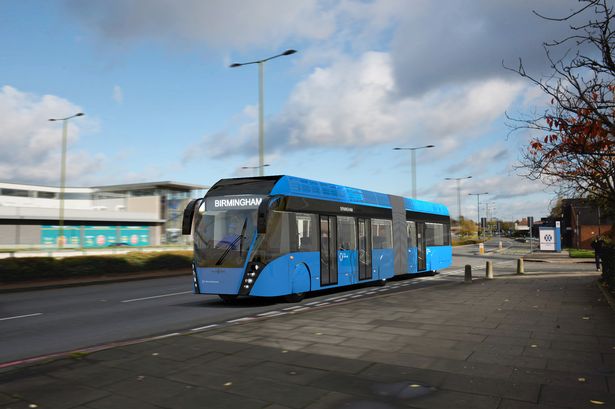 Steps must be taken to ensure that a new Sprint bus route doesn’t add to existing traffic problems at one of the main gateways into Solihull, transport chiefs have been told.

Cllr Kathryn Thomas (Lib Dem, Lyndon) warned that even a “little change” to the road layout, to pave the way for the launch of the tram-style service, could place further strain on the troublesome Wheatsheaf junction.

Her comments came at a meeting this week, at which Transport for West Midlands (TfWM) updated borough councillors on plans for the project.

At the same debate there were also calls to ensure the desire to get routes up-and-running in time for the 2022 Commonwealth Games didn’t leave passengers with an inferior service or lead to “unforeseen” issues.

Solihull Council’s own officers have stressed the importance of further work to ensure that highways can cope with extra demand.

Addressing the scrutiny board, Cllr Thomas said: “Already Sprint is acknowledging that there is definitely a congestion problem with The Wheatsheaf.

“We’ve heard the argument this is a ‘little change’ with the bus lane stopping 30 metres short of the junction and having to merge in.

“But we’ve just seen the impact of a little change in this area – Marks & Spencer opened a new branch at the retail park on the A45 recently … 292 residents so far have signed a petition calling for the traffic light phasings to be fixed.

“So I think we can say a little change at this junction can sometimes have quite a big impact.”

She urged efforts to address the existing congestion and suggested that, if these weren’t possible, that the bus lane could run all the way up to the junction – avoiding a merge which could make the current jams worse.

Under plans, the A45 route will link Birmingham city centre with Solihull town centre and the Airport. There will be fewer stops, multiple doors and off-board ticket machines in an attempt to speed up journey times.

Councillors had pressed project managers for information on prices and how green the vehicles would be.

TfWM said some details would be finalised once operators were confirmed, but electric or hydrogen services were favoured, with officials admitting that diesel-power would be seen as a “retrograde” step.

“It seems there is a push there that it’s for the Commonwealth Games. It’s not in itself,” he said.

“It’s for the public of Birmingham, Solihull and the wider West Midlands who wish to be transported in safety and comfort.”

Sandeep Shingadia, TfWM’s director of development and delivery, insisted the scheme was part of wider ambitions to improve the network and encourage people to make bus journeys.

“This is a long-standing proposal in terms of these corridors having better public transport,” he said.

Darren Shirley, chief executive of the Campaign for Better Transport, this week told the Local Democracy Reporting Service (LDRS) that this type of travel could make a big difference.

“Systems like Sprint show how buses can be the transport of the future, offering fast journey times, smart ticketing and a modern, enjoyable travel experience.