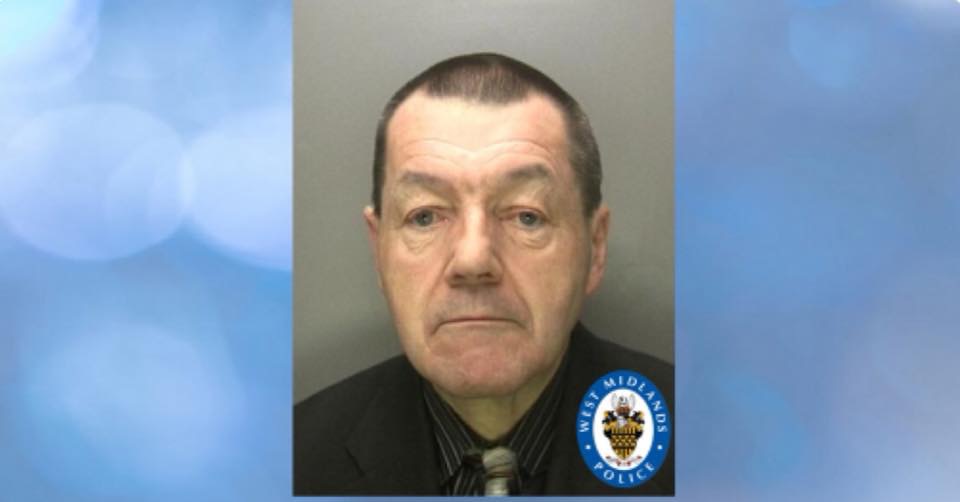 A child sex attacker from #Solihull has been jailed for more than eight years after a West Midlands Police investigation.

Serial abuser Graeme Goodsir sexually assaulted a young girl from the age of seven for a number of years.

Last Friday (10 January), he was jailed for eight years and three months after the girl (now an adult) bravely relived her trauma, helping the police to bring him to justice.

A WMP spokesperson said “This came to light when she courageously came forward to report the historical crimes to us last year.

“She spoke to our specialist officers from our Public Protection Unit who offered support and launched an investigation.”

Goodsir, aged 61 from Alspath Road, Meriden, pleaded guilty to 15 historical sexual offences, and in addition to his jail term, he will be placed on the sex offenders register for life and is subject to a sexual harm prevention order for 15 years.

DC Karen Jones, from our Public Protection Unit, said: “It took a great deal of courage for the woman to speak out and I commend her bravery. We supported her throughout the investigation and with her cooperation have been able to bring a dangerous sexual predator to justice.

“We don’t underestimate the trauma this would have caused as we fully understand how difficult it can be for people to come forward and report what happened to us. We will always support anyone who needs our help.”

Survivors of sexual abuse can also speak to the NSPCC 24 hours a day on 0808 800 5000, and more information can be found on their website: https://www.nspcc.org.uk/what-is-child-abuse/types-of-abuse/non-recent-abuse/