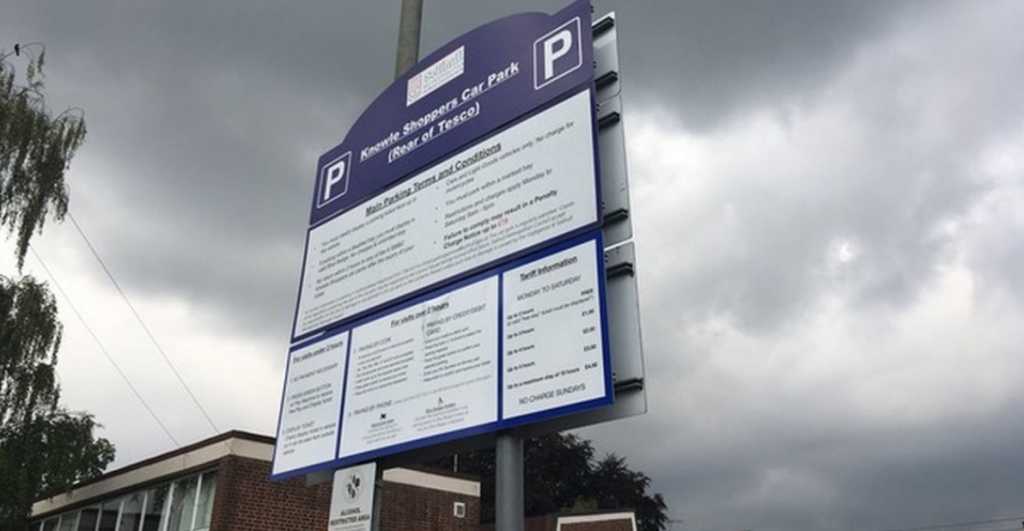 Two hours’ free parking is to be reinstated in a Solihull village, almost 18 months after it was controversially cut.

Shoppers and traders in Knowle had been highly critical of the decision to reduce the free and display period in mid-2018.

The backlash prompted a partial reversal of the policy last year, with the 30 minutes allowed following changes being taken back up to an hour.

And following fresh calls from the local community, it was announced this week that the system would revert to two hours.

The decision comes despite the council already facing a £250,000 shortfall in its parking budgets, with Cllr Ken Hawkins, cabinet member for environment and highways, saying it was “essential” to support the borough’s high streets.

He has asked his officers to implement the change at off-street facilities “as soon as possible”, with the extended period due to be in place by the beginning of April.

Resident Dave Pinwell, from Knowle Society, said: “It will come as a great relief to particularly elderly residents, who start to fret about parking fines when they meet an unexpected queue in the shops, or when the butcher goes out the back to take a joint off a carcass.

“It will come as a great relief to those shops and retailers who are really struggling.”

Cllr Alan Rebeiro (Ind, Knowle) said he was pleased the council had looked at the “bigger, wider picture.”

“It will be so, so well received in Knowle. We’ve gone through a difficult period and there was a lot of anxiety … so that really will bring a big sense of not just relief but optimism.”

The local group Visit Knowle, established to promote the village, had also supported the move, having revealed that parking was one of “the top priorities” identified in recent surveys it had carried out.

“We welcome changes that encourages visitors to come to Knowle and that support our local businesses,” said a spokeswoman.

Members had been among those to press the issue, with other interventions by ward councillors, the Knowle Society and Meriden’s new MP Saqib Bhatti.

In a direct letter to Cllr Hawkins, Mr Bhatti said that many villagers had raised the parking issue during the recent election campaign.

“Prior to entering politics I advised many small businesses as a chartered accountant and served as president of the Greater Birmingham Chambers of Commerce,” he said

“I am therefore acutely aware of the many pressures business owners experience while creating jobs and helping local economies survive.”

While road chiefs had originally advised that reverting to the old system could cost between £200,000 – 240,000 in annual parking income, Cllr Hawkins has said that any loss would be absorbed by the wider budget.

Explaining his decision, he said he had listened closely to comments from the local community and visited the village to discuss the issue.

“Since the decision to alter the free parking period was made, there’s been a visible change in how people shop and where they shop; both nationally and locally there has been a reported drop in sales and footfall in our shopping areas.

“And while Solihull town centre and shops are performing well, I feel we need to re-examine our thoughts as to how we can support local shopping areas more.”