Closure of ambulance station will ‘put lives at risk’ in Solihull 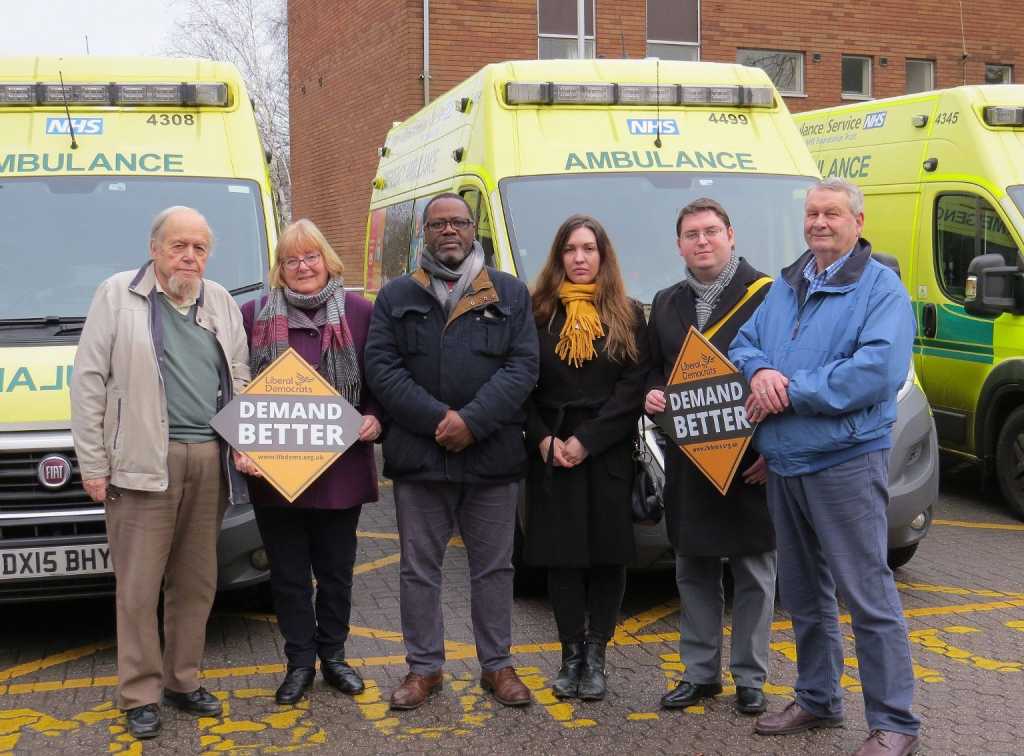 More than 1,300 people have now signed a petition, started by the local Liberal Democrats, calling on West Midlands Ambulance Service to retain the facilities at Solihull Hospital – where there is space for up to three vehicles.

Opponents argue that the imminent closure would be “a major blow” to the borough and leave paramedics heavily dependent on the hub in Erdington, Birmingham – some 15 miles away.

Although the ambulance service has defended the decision to redeploy staff elsewhere, arguing that only 13 per cent of the 32,522 cases that the trust responded to in Solihull last year were attended by the three vehicles based in the town.

It has been confirmed that the changes will take effect by March, although the Lib Dems have suggested that operations could effectively be wound-up as early as the end of this month. The service has been contacted by the Local Democracy Reporting Service (LDRS) to clarify the timetable.

Cllr Ade Adeyemo (Lib Dem, Lyndon) said there were real concerns from the public, hence the many hundreds who had signed the petition in recent weeks

“The main concern is safety … the response time is the main thing,” he said. “We are told that minutes matter if you have a life-threatening condition and that is the reason we are fighting to keep this ambulance station.

“I used to play rugby and [if I was injured], I wouldn’t want my ambulance to be coming from Erdington.”

Cllr Glenis Slater, leader of Solihull’s Lib Dem group, said it was “madness” for a borough with a population of more than 200,000 not to have its own base, while fellow Elmdon councillor Laura McCarthy said many people were “frightened” by the implications.

The Lib Dems locally have argued there there should in fact be an expanded presence to serve Solihull and South Birmingham and that more funding for the NHS is critical.

They have also accused the Conservatives of failing “the first test” on the health service locally since the election, following a campaign in which the future of NHS services was a key issue.

It’s understood that news of the changes had been put on hold because of the purdah period, which restricts what public bodies can report in the run-up to polling day.

Meriden’s new MP, Saqib Bhatti, said: “The news relating to the closure of the ambulance station has been extremely concerning and I know that these apprehensions are shared with many of my constituents.

“The decision was taken before I was elected and not shared until afterwards. I wrote to WMAS to express my concern at the decision and also my disappointment at the way in which the decision was made and communicated. In my view a public consultation should have taken place because my constituents deserve a say.

“The WMAS have assured me and others that the level of service will not be affected as ambulances will move around the area. Whilst I hope that this is the case, I will be firm in holding the WMAS to account as my priority is always to ensure that my constituents are not negatively impacted.”

Solihull’s MP Julian Knight said: “The decision was taken by West Midlands Ambulance Service during the purdah period over the General Election and they did not inform me.

“Since being made aware I been taking the lead in attempting to hold the ambulance service to account. I have written to the chief executive on a number of occasions urging them to reconsider their plans, and criticised the lack of consultation on this matter. I also asked for full copies of their impact assessment.”

Following Lib Dem claims he had not been vocal on the issue, he said he would continue to raise “every concern which local residents have provided” with ambulance service bosses.

Anthony Marsh, the trust chief executive, said he understood the public’s initial concerns, but argued ambulance vehicles “have never been tied to the town.”

“Buildings don’t save lives; ambulance staff and vehicles do. The trust does not get value for money from the Solihull facility as it is empty most of the time.

“We will therefore invest all of the savings from closing Solihull into frontline services. The borough will benefit from an increased number of staff and ambulances as a result of the change.

“Where an ambulance starts or finishes it’s shift really doesn’t matter; what matters is whether we are able to respond to patients in a timely manner. We are confident that the change will bring real benefits to patients.

“As a service we will always send the nearest available ambulance to each case. Once the Solihull ambulances transport a patient to A&E, most commonly at Heartlands Hospital, they will be tasked to the next case, even if that is not in Solihull.

“In the meantime, other ambulances will cover cases in Solihull. This explains why such a high proportion of incidents in Solihull are not attended by Solihull ambulances.”

The announcement just before Christmas is the latest development in a long-running tussle, with a previous flurry of controversy when it was announced the old ambulance station, in Hermitage Road, would shut up shop in 2013.

Since then there has been regular criticism over the “centralisation” of Solihull’s public services; the magistrates court was mothballed and sold a few years ago and the police station next door is scheduled to close to allow a move to a more “cost-effective” base nearby.

Following the most recent news, Nick Stephens, who stood as the Labour Party’s General Election candidate in Solihull, had taken the issue to a council scrutiny board and called for “urgent” investigations into the implications.

Cllr Karen Grinsell, cabinet member for adult social care and health, said she had “clarified” the proposals with ambulance bosses but would continue to monitor the new arrangements.

“It is a well-respected service and one which we want to ensure provides the greatest benefit to residents,” she said.

“We need them to continually invest in their frontline services to maintain the ‘outstanding’ rated performance they have achieved and the high quality standards which residents expect.

“If utilising a central hub for ambulances to operate from will provide a better service for Solihull residents then that can only be a good thing.”